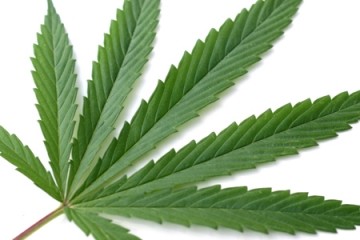 There are marked differences in the knowledge on the medical uses of cannabis and cannabinoids in different diseases. For nausea and vomiting associated with cancer chemotherapy, anorexia and cachexia in HIV/AIDS, chronic, especially neuropathic pain, spasticity in multiple sclerosis and spinal cord injury there is strong evidence for medical benefits. For many other indications, such as epilepsy, pruritus and depression there is much less available data. However, the scientific evidence for a specific indication does not necessarily reflect the actual therapeutic potential for a given disease.

Clinical studies with single cannabinoids or whole plant preparations (smoked cannabis, cannabis extract) have often been inspired by positive anecdotal experiences of patients employing crude cannabis products. The anti-emetic, the appetite enhancing, relaxing effects, analgesia, and therapeutic use in Tourette’s syndrome were all discovered in this manner.

Incidental observations have also revealed therapeutically useful effects. This occurred in a study with patients with Alzheimer’s disease wherein the primary issue was an examination of the appetite-stimulating effects of THC. Not only appetite and body weight increased, but disturbed behaviour among the patients also decreased. The discovery of decreased intraocular pressure with THC administration in the beginning of the 1970s was also serendipitous. Additional interesting indications that have not been scientifically investigated, but remain common problems in modern medicine may benefit from treatment with cannabis or cannabinoids. For this reason, surveys have been conducted questioning individuals that use cannabis therapeutically. They were conducted either as oral non-standardized interviews in the course of investigations of state or scientific institutions (House of Lords Select Committee on Science and Technology in the UK, Institute of Medicine in the USA) on the therapeutic potential of cannabis or as anonymous surveys using standardized questionnaires.

Treatment of side effects associated with antineoplastic therapy is the indication for cannabinoids which has been most documented, with about 40 studies (THC, nabilone, other THC analogues, cannabis). Most trials were conducted in the 1980s. THC has to be dosed relatively highly, so that resultant side effects may occur comparatively frequently. THC was inferior to high-dose metoclopramide in one study. There are no comparisons of THC to the modern serotonin antagonists. Some recent investigations have shown that THC in low doses improves the efficacy of other antiemetic drugs if given together. In folk medicine cannabinoids are popular and are often used in other causes of nausea including AIDS and hepatitis.

An appetite enhancing effect of THC is observed with daily divided doses totalling 5 mg. When required, the daily dose may be increased to 20 mg. In a long-term study of 94 AIDS patients, the appetite-stimulating effect of THC continued for months, confirming the appetite enhancement noted in a shorter 6 week study. THC doubled appetite on a visual analogue scale in comparison to placebo. Patients tended to retain a stable body weight over the course of seven months. A positive influence on body weight was also reported in 15 patients with Alzheimer’s disease who were previously refusing food.

In many clinical trials of THC, nabilone and cannabis, a beneficial effect on spasticity caused by multiple sclerosis or spinal cord injury has been observed. Among other positively influenced symptoms were pain, paraesthesia, tremor and ataxia. In some studies improved bladder control was observed. There is also some anecdotal evidence of a benefit of cannabis in spasticity due to lesions of the brain.

There are some positive anecdotal reports of therapeutic response to cannabis in Tourette’s syndrome, dystonia and tardive dyskinesia. The use in Tourette’s syndrome is currently being investigated in clinical studies. Many patients achieve a modest improvement, however some show a considerable response or even complete symptom control. In some MS patients, benefits on ataxia and reduction of tremor have been observed following the administration of THC. Despite occasional positive reports, no objective success has been found in parkinsonism or Huntington disease. However, cannabis products may prove useful in levodopa-induced dyskinesia in Parkinson disease without worsening the primary symptoms.

The use in epilepsy is among its historically oldest indications of cannabis. Animal experiments provide evidence of the antiepileptic effects of some cannabinoids. The anticonvulsant activity of phenytoin and diazepam have been potentiated by THC. According to a few case reports from the 20th century, some epileptic patients continue to utililize cannabis to control an otherwise unmanageable seizure disorder. Cannabis use may occasionally precipitate convulsions.

Experiments examining the anti-asthmatic effect of THC or cannabis date mainly from the 1970s, and are all acute studies. The effects of a cannabis cigarette (2% THC) or oral THC (15 mg), respectively, approximately correspond to those obtained with therapeutic doses of common bronchodilator drugs (salbutamol, isoprenaline). Since inhalation of cannabis products may irritate the mucous membranes, oral administration or another alternative delivery system would be preferable. Very few patients developed bronchoconstriction after inhalation of THC.

According to historical and modern case reports cannabis is a good remedy to combat withdrawal in dependency on benzodiazepines, opiates and alcohol. For this reason, some have referred to it as a gateway drug back. In this context, both the reduction of physical withdrawal symptoms and stress connected with discontinuance of drug abuse may play a role in its observed benefits.

An improvement of mood in reactive depression has been observed in several clinical studies with THC. There are additional case reports claiming benefit of cannabinoids in other psychiatric symptoms and diseases, such as sleep disorders, anxiety disorders, bipolar disorders, and dysthymia. Various authors have expressed different viewpoints concerning psychiatric syndromes and cannabis. While some emphasize the problems caused by cannabis, others promote the therapeutic possibilities. Quite possibly cannabis products may be either beneficial or harmful, depending on the particular case. The attending physician and the patient should be open to a critical examination of the topic, and a frankness to both possibilities.

In a number of painful syndromes secondary to inflammatory processes (e.g. ulcerative colitis, arthritis), cannabis products may act not only as analgesics but also demonstrate anti-inflammatory potential. For example, some patients employing cannabis report a decrease in their need for steroidal and nonsteroidal anti-inflammatory drugs. Moreover there are some reports of positive effects of cannabis self-medication in allergic conditions. It is as yet unclear whether cannabis products may have a relevant effects on causative processes of autoimmune diseases.

There are a number of positive patient reports on medical conditions that cannot be easily assigned to the above categories, such as pruritus, hiccup, ADS (attention deficit syndrome), high blood pressure, tinnitus, chronic fatigue syndrome, restless leg syndrome, and others. Several hundreds possible indications for cannabis and THC have been described by different authors. For example, 2,5 to 5 mg THC were effective in three patients with pruritus due to liver diseases. Another example is the successful treatment of a chronic hiccup that developed after a surgery. No medication was effective, but smoking of a cannabis cigarette completely abolished the symptoms.

Cannabis products often show very good effects in diseases with multiple symptoms that encompassed within the spectrum of THC effects, for example, in painful conditions that have an inflammatory origin (e.g., arthritis), or are accompanied by increased muscle tone (e.g., menstrual cramps, spinal cord injury), or in diseases with nausea and anorexia accompanied by pain, anxiety and depression, respectively (e.g. AIDS, cancer, hepatitis C).