The Massachusetts Department of Public Health (DPH) announced significant changes to the Commonwealth’s Medical Marijuana Dispensary program first authorized in 2012. The revised process will license Registered Marijuana Dispensaries (RMD) in a format similar to other healthcare facilities, such as pharmacies, which DPH also administers. This process will phase out the current use of state procurement policies to register a dispensary. 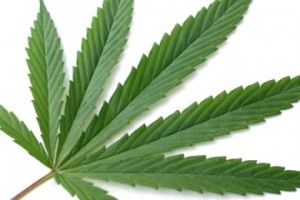 “The initial use of the procurement process for bringing dispensaries online has brought on untimely delays to the dispensary program and prevented certified patients from expedient access to their healthcare,” said DPH Commissioner Monica Bharel, MD. “Registering dispensaries through a fairer, more efficient, market-driven licensure process similar to other medical facilities will allow the Commonwealth to maintain the highest standards of both public safety, care and accessibility.”

The revised application process will take effect May 15 and operate on a “rolling” basis, establishing high safety and suitability standards for dispensaries to meet, particularly with regards to security and background checks.  Dispensaries will be evaluated individually, based on their ability to meet these standards.

“The Commonwealth has an obligation to license dispensaries consistent with the requirements of the law,” said Secretary of Health and Human Services Marylou Sudders. “The current methods we inherited have prevented our ability to do so, requiring changes to deliver a more timely and transparent application process with the end goal of ensuring that patients have safe access to the care they deserve.”

To date, DPH has issued two Certificates of Registration; one in December 2014 to Alternative Therapies Group (ATG) in Salem and one April 3, 2015 to New England Treatment Access, Inc. (NETA) to operate a RMD in Northampton, MA. NETA will begin growing marijuana for medical use at a cultivation site in Franklin, MA.

The process taking effect May 15 will apply only to new applications and not the additional 13 RMDs that have been previously provisionally certified and are currently in the Inspection Phase.

Effective today, the Department of Public Health will post and update the status of dispensaries in the approval and development pipeline and the number of registered and certified patients in the Commonwealth online at www.mass.gov/medicalmarijuana.